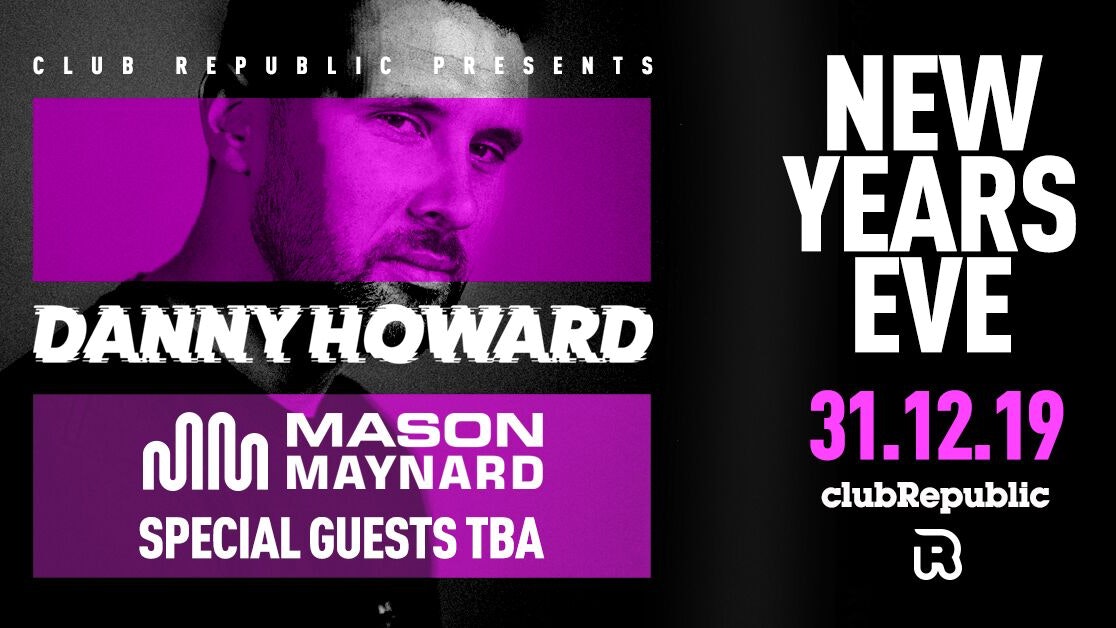 NEW YEARS EVE at Club Repubilc is Historically the Biggest NYE Event in the Midlands!

Following his discovery through a Radio 1 talent search, which led to him opening the iconic Radio 1 Ibiza Weekend in 2011, Danny Howard has become an influential Presenter, Producer, and all-round champion of electronic music.

Well-respected as one of the world’s leading dance music DJs, he’s had a hand in supporting the early careers of global superstars such as Martin Garrix, Duke Dumont and Rudimental, and gained props from all across the scene; from Eric Prydz to Calvin Harris, Dusky, and Gorgon City.

Only 21 years of age, Mason has already began to build a name for himself from his first ever production back in 2016 he has secured himself as a Solardo Sessions resident playing up and down the country in some of the most well respected clubs such as Mangle E8, Faversham Leeds, Stealth Nottingham, Switch Southampton and more.With his first release secured on Solardo’s brainchild Sola which has already received support from some of the heavy weights in the scene.And with his forthcoming releases receiving support from Solardo, Lee Foss,Skream, Richy Ahmed, Patrick Topping, Green Velvet, Hot Since 82, Danny Howard, Hannah Wants, Latmun and more. There is no question that Mason is one to watch this year to see how this young lad evolves.